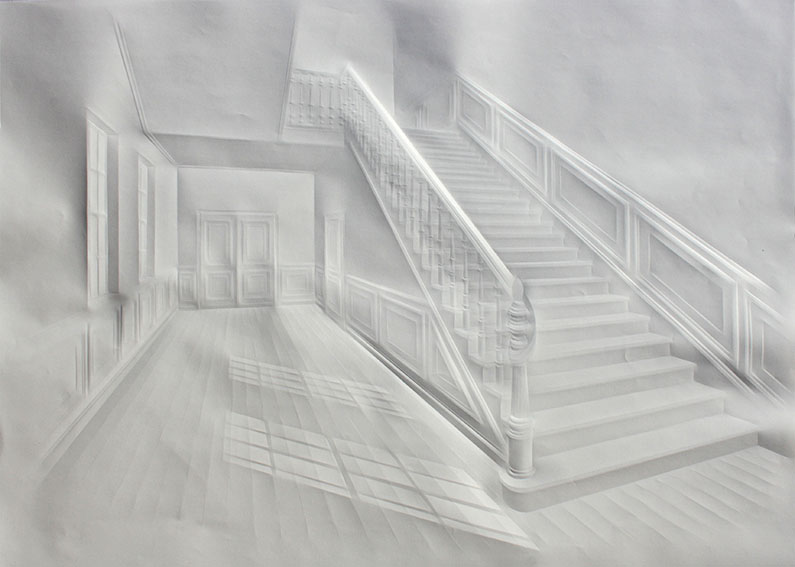 At the beginning of the 20th century Russian intelligentsia welcomed new scandalous European endeavor quite heatedly, yet a detailed analysis reveals that even prior to the upcoming period of total intellectual isolation and stagnation of the Soviet era, this warm reception still failed to produce a sufficient level of either theoretical or clinical research. There are a few names, whose close contact with Freud and whose research is still considered major intellectual contribution, for example, Sabina Spielrein, yet, apart from that little has been done in terms of theoretical investigation. As is being repeatedly emphasized by Dmitriy Rozhdestvenskiy in his textbook ‘Psychoanalysis in Russia’, the development of psychoanalysis was directed ‘in breadth, but not it depth’.1 Rather than a scientific tool psychoanalytic theory gained its popularity as a source and inspiration for cultural and literary exploration which resulted in its limited implementation as a clinical instrument. Whereas for Freud and his European followers it is precisely the clinical dimension that has always been psychoanalysis’ primary end. 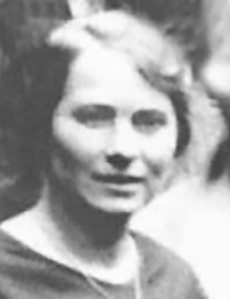 Rozhdestvenskiy is skeptical in holding responsible the consequences of repressive totalitarian apparatus for the stagnation in psychoanalytic research, however, quite surprisingly he proposes a quasi-psychoanalytic interpretation of Russian culturological peculiarities which resulted in the impossibility of serious theoretical appropriation. Even without consolidating with this particular project of cultural and historical psychologization as a main source of intellectual misfortunes befallen on pre-, post- and Soviet periods, it is hard to neglect that psychoanalysis basically disappeared from Soviet intellectual scene and its contemporary form is shaped under the weight of nearly half a century isolation and disdain.

Having turned into a country with a nearly totalizing state regulation, Soviet Russia, in contrast to Western practices of public institutions, destroyed public licensing, which led to the loss of autonomy for the analysts. Thus, in combination with zero interest from the part of state regulated medicine, little serious ambition of scientific character, lack of clinical basis and consequent shift to the ‘tradition of scholastic philosophizing regarding psychoanalysis’ psychoanalytic theory was radically deformed and eventually proved to be worthless.

The shift of political climate in the 80s contributed to the emergence of a new gateway for the hitherto illicit or undesirable disciplines which was welcomed with even more rampant enthusiasm then it saw at the beginning of the century. Yet, this restitution in the 90s and what followed in the beginning of the 21st century had to face a new challenge in the form of different economic regime, which formulated a more straightforward task of immediate financial profit and in this way contoured the scene not in its most favorable way.

Saying that, early post-Soviet era saw the increasing demand in all sorts of alternative discourses, thus a significant rise of interest in psychoanalysis in particular was accompanied by a massive outbreak of interest in a wide number of disciplines and pseudo-disciplines, resulting in a major confusion among various fields and severe shortage of professional training.

Nevertheless, along with that, Freud’s work starts getting published and distributed, there are established various associations such as Russian Psychoanalytic Association in Moscow in 1989, Saint-Petersburg analytic society in 1990, Moscow Psychoanalytic society, the first Institute of Psychoanalysis in Saint-Petersburg in 1991. There appear several periodicals which is followed by an explosion of public associations, groups, study programs included in state university programs devoted to psychoanalysis.

Yet, in the spirit of pre-revolutionary disinterest in serious research combined by the pressing urge of prompt formation of clinical practitioners, this dynamics led to dubious results. Eventually, Russian psychoanalytic scene writ large is riddled with an enormous amount of very often poorly trained quasi-professionals, whose practice is held under the guidance of loosely and, for the most part, randomly coordinated concepts, derived from a variety of disciplines.

There are myriad of discussion boards, reading groups, social network societies propagating self-made theoretical principles, training practitioners and supervising them. The dean of the Eastern European Institute of Psychoanalysis - Mikhail Reshetnikov - expresses serious concerns regarding the methodological opportunism of post-Soviet quasi-professional therapists, whose emergence on the professional arena was not a result of mutual work with the discourse, but a result of ‘inventing psychotherapy’ based on the ‘fragmentary information and sources’, which on the one hand was the inevitable consequence of the political regime installed, yet it has lasted for too long, thus leading to the deformation of the field.2

So, right now there are two major trends in the development of psychotherapy in Russia: one trend still confirms the worst fears expressed above, however, it is precisely during the last 30 years that Russian psychoanalytic scene managed to introduce Lacanian psychoanalysis not only as a new clinical dimension, but as an arena for diverse intellectual research.

What should be emphasized is the notable passage that has been achieved during the last 30 years from the initial attempts to put together the scattered scraps of information and construct some basic understanding, in order to compensate for the traumatic methodological rupture, to the discussion of the most relevant and pressing psychoanalytic problems.

Russian Lacanian scene today is a noticeably growing community whose effort is directed on studying Lacanian theory and establishing and consolidating connections with various international organizations and individual authors. Developing in what could be roughly sketched as two parallel centers in Saint-Petersburg and in Moscow the areas of interest ranges from translating the work of Lacan and other important Lacanian researchers, elaborating the most demanding Lacanian interventions such as topological formulations; organizing international conferences, seminars and readings devoted to the presentation and discussion of key psychoanalytic topics.3 Nevertheless, this rapid expansion of Lacanian psychoanalysis on Russian intellectual scene is not without internal difficulties caused by ideological disagreements or inconsistencies in the questions of formal organization.

One of the authors whose work is particularly noteworthy is Alexander Smulyanskiy. Distancing from either of the groups mentioned above, Smulyanskiy positions himself as an independent thinker and psychoanalyst of what he himself names ‘structural psychoanalysis’, referring to the theoretical grounds that Lacanian psychoanalysis owns to structuralism.4 For more than a decade Smulyanskiy was running a monthly seminar ‘Lakan-likbez’, whereas the name of the course ironically refers to the Soviet program of ‘elimination of illiteracy’, eventually it established its status as an autonomous event in the process of exploration and advancement of Lacanian discourse, reaching far beyond merely recapitulation level. 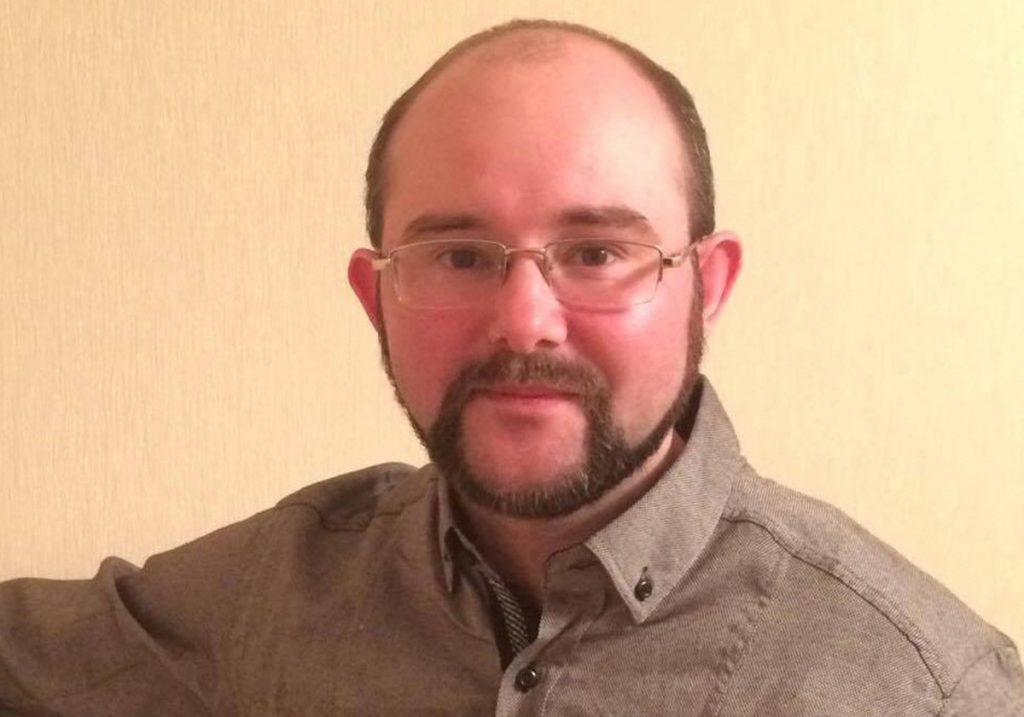 Due to his radical rereading of Freudian apparatus and its consequent reformulation derived from the conjunction of psychoanalysis and linguistics, Lacan managed to produce an independent theoretical contribution still rooted in Freud’s text, but nevertheless unquestionably groundbreaking. Likewise, Smulyanskiy’s course and his four books “About the Concept of Enunciation” (2014), “The Desire of the Obsessed. Obsessional Neurosis in Lacanian Theory” (2016), “Paternal Metaphor and Desire of the Analyst. Sexuation and Its Transformation in Analysis” (2019), “Vanishing Theory. Book About the Key Figures of Continental Philosophy. Foucault, Derrida, Lacan, Žižek” (2021) – is an effort to surmount what has become the traditional commentary level of dealing with Lacanian psychoanalysis and make a series of separate theoretical steps.

Having no intention of calling into question Lacanian achievement, Smulyanskiy pays considerable attention to the condition of Lacan’s theory as such, since apart from its popularity among professional analytic circles, the adaptations of Lacanian conceptual apparatus are traced within the entire field of critical thinking, however it is quite frequently ill-fitted. His work is aimed at providing an account of the way psychoanalytic theory has been substantially revised in order to confine with the context of academic critical thinking and propose a different setting for the psychoanalytic input.

3. The key centers: “The School of Freudian-Lacanian Psychoanalysis” and their periodical Lacanalia https://freud-lacan.spb.ru/ ; “Lacan in Moscow” under the guidance of New Lacanian school and their International Psychoanalytic Journal https://lacan.moscow/

4. His recently published book Vanishing Theory. A Book About the Key Figures of Continental Philosophy. Foucault, Derrida, Lacan, Žižek (2021) provides a thorough and unorthodox account of the fate of structuralism in the second half of the XX century, available in Russian here.